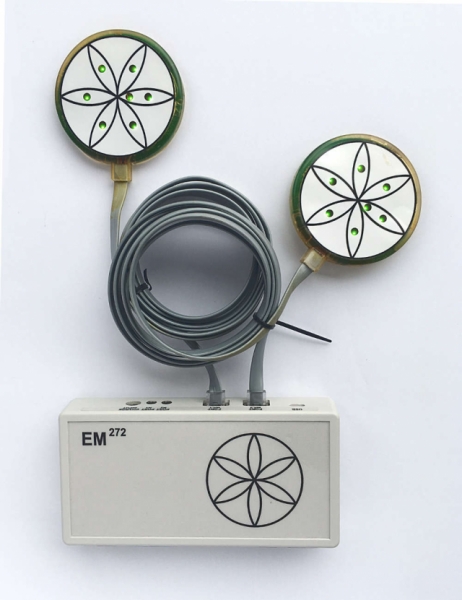 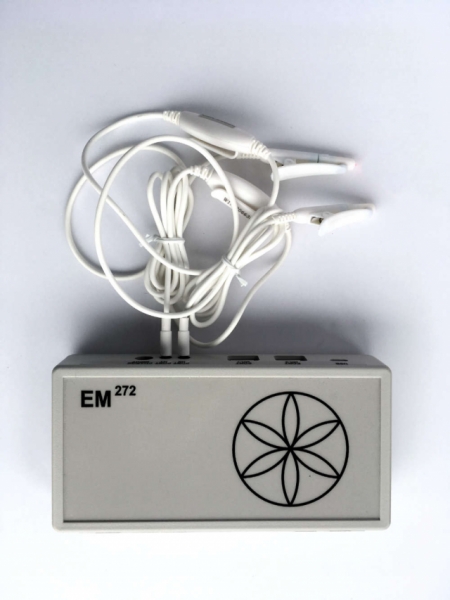 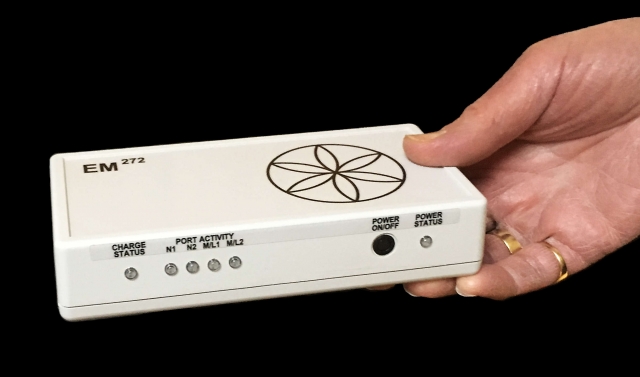 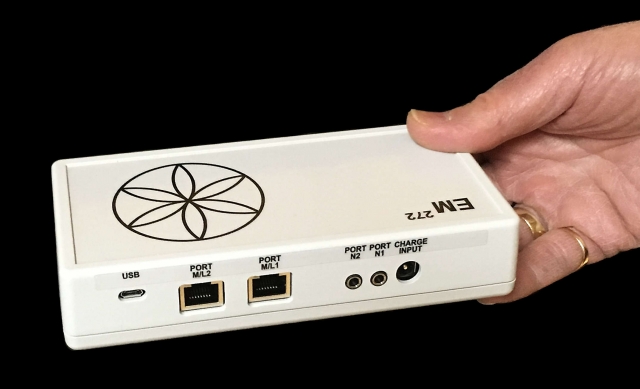 The EM272: Three Devices in One

Two LED disks can be connected to the EM272. The LED disks contain 21 high quality 100-lumens (non-laser) LEDs arranged in seven three-LED clusters. Each LED cluster generates tree bands of color: red 620 nm, deep red 670 nm, and infrared 730 nm. Each cluster can be programmed to pulse at specific frequencies from 0.1 to 5000 Hz, so each LED disk transmits seven separate frequencies at one time.

The EM272 can run from a lithium ion battery or a 100-volt power supply.