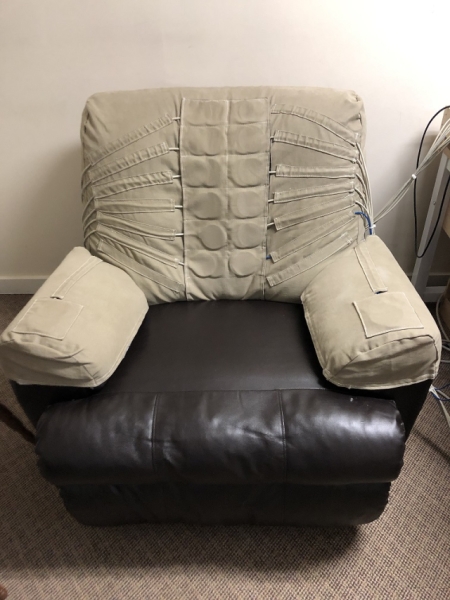 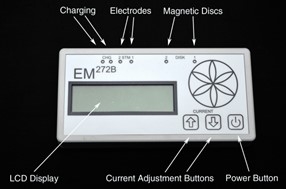 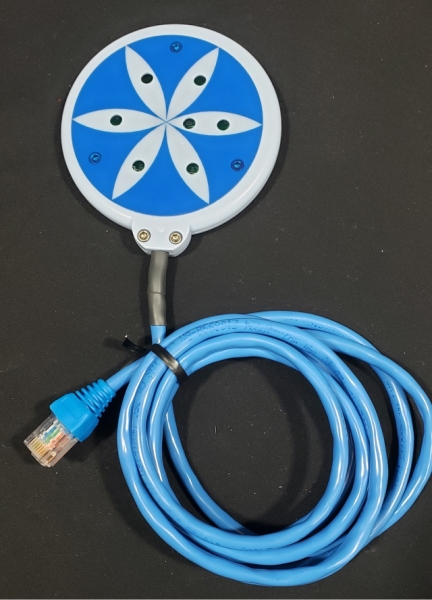 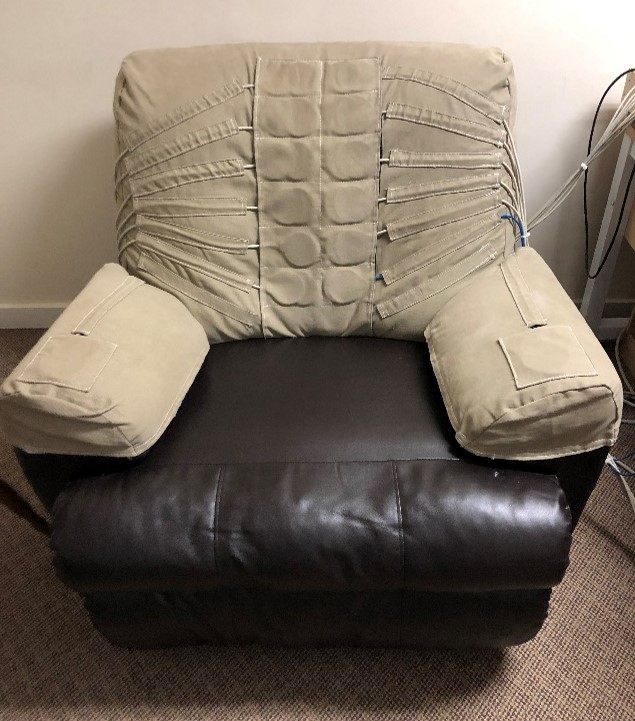 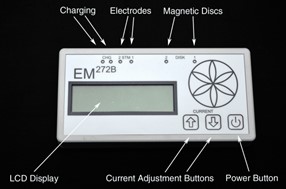 The EM272B is a seven channel Magnetic field generator and a two channel Skin Electrode generator. Selection of frequencies between 0.1 to 5,000 Hz and treatment parameters are controlled by the easy-to-use software.  The EM272B generates the specific frequencies for the magnetic discs in the Wave Chair.  The PC software allows the user to select and download a number of treatment programs for specific conditions to the EM272B.  The EM272B is also a synchronized frequency-specific microcurrent generator.  Skin electrodes are generally applied to the patient’s neck and feet.

Using two MDX Expanders and 6-7 magnetic discs on either side of the spine, you have the option of adding the MDX-B Balancer which allows you to decrease the strength of the signal on one channel (one set of seven magnetic disks) from 100% to 0% with a variable resistor. The user also has the ability to choose which bank of magnetic disks (Left or Right) will be attenuated.  In this way, the autonomic nervous system can be brought into balance either through observation of rapid eye movement as the voltage is attenuated, or by direct feedback from the patient as the signal is attenuated. Patients report a more successful treatment experience when their autonomic nervous system is in balance.

Adding a PC Computer with Windows 10 or 11 completes the Wave Chair installation.  A PC is required to program the EM272B.  The same Waveomics™ Software allows the user to write or edit programs on the fly and play them directly through the EM272B without first downloading.

The Wave Chair Cover is sold with an EM272B and either seven magnetic discs and one MDX Expander or with 14 discs and two MDX Expanders.  The MDX-B Balancer is an additional option. (CHAIR NOT INCLUDED)