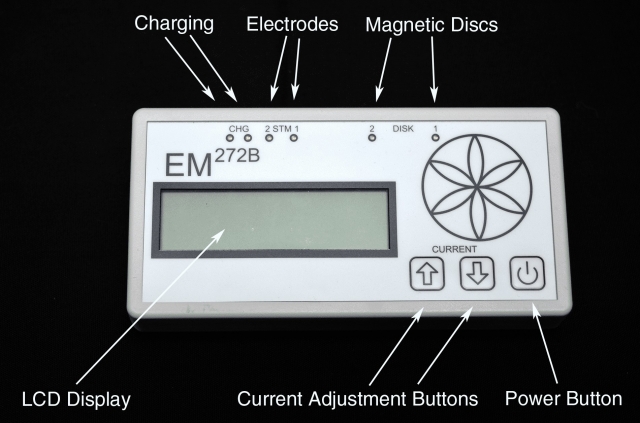 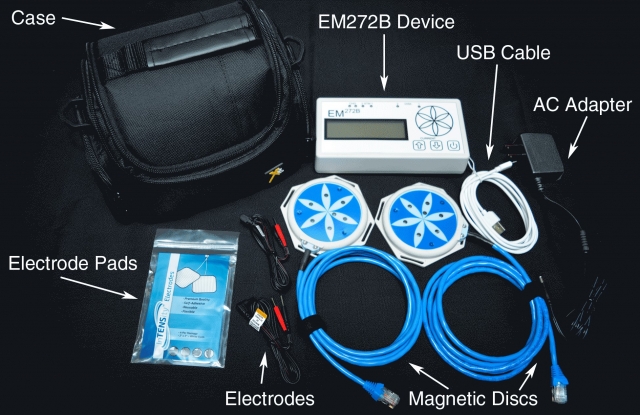 The EM272B™ is a lightweight, portable and PC-programmable, seven channel pulsed frequency generator. The device is actually two devices in one:

A seven channel Magnetic field generator and a two channel Skin Electrode generator. Selection of frequencies between 0.1 to 5,000 Hz and treatment parameters are controlled by the easy-to-use software. 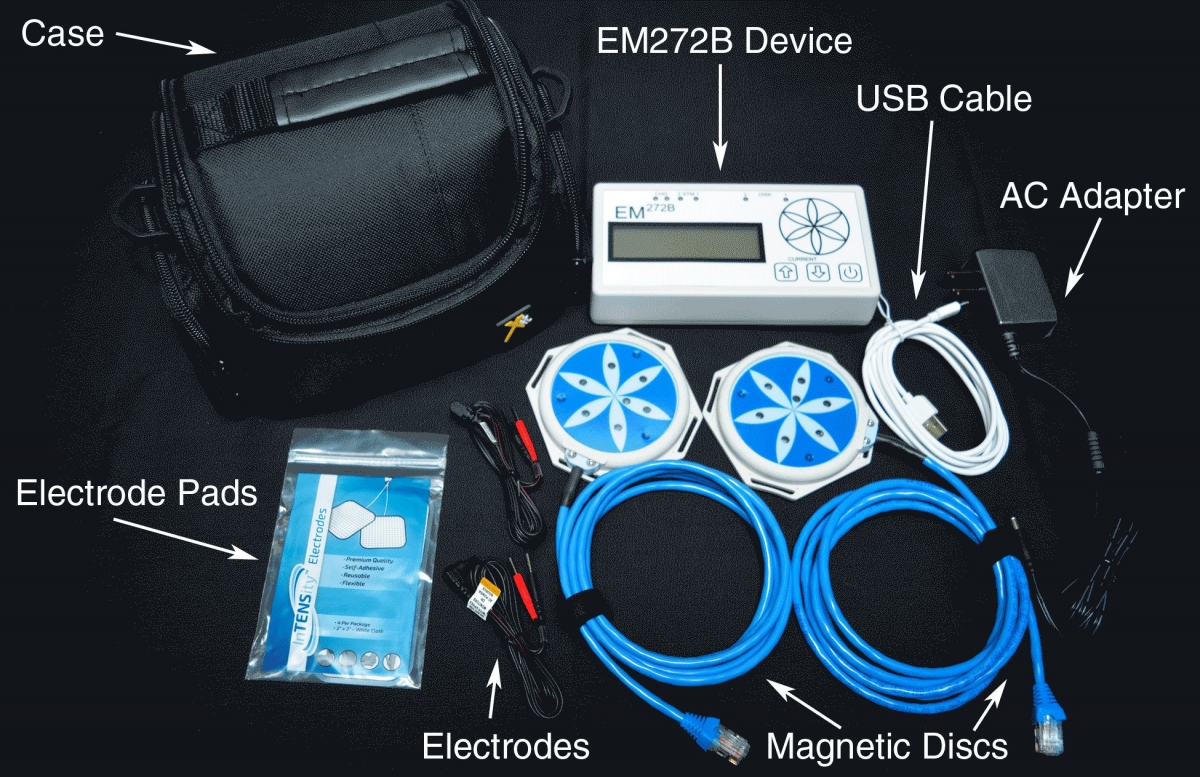 The EM272B™ comes in a kit with an EM272B™ device, a USB cable, an AC Adapter, two Magnetic Discs, two sets of Skin Electrodes, some Electrode Pads, and a carrying case. 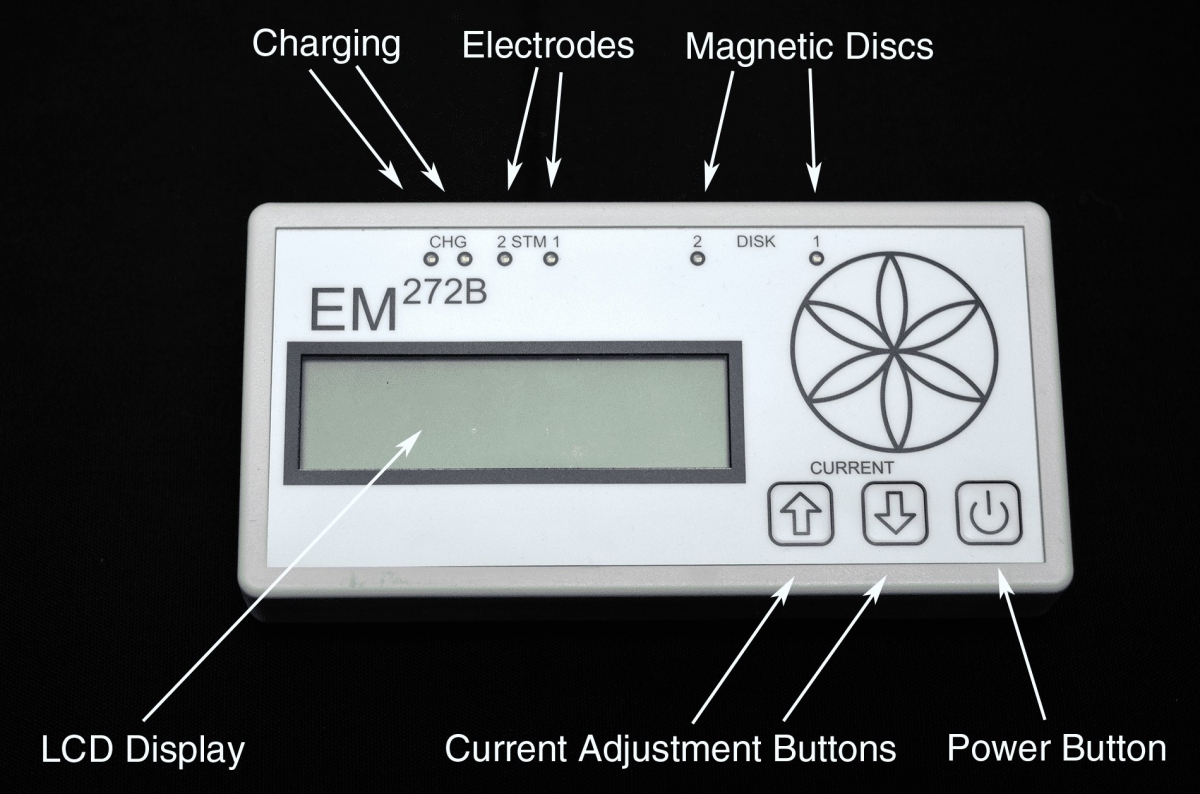 The top of the EM272B­™ has an LCD Display, some LED lights and buttons. The left Charging light flashes red when the device is charging. When the device has charged, the right Charging light is a constant green. There is a light for each set of the Skin Electrodes that shine when one or both sets are plugged in. The Magnetic Disc lights flash when the EM272B™ is running a program.

There are several connection jacks on the side of the EM272B™. The small end of the micro USB cable plugs into the jack in the upper left. The RJ45 plugs on the end of the Magnetic Discs plug into the middle jacks. One or two sets of Skin Electrodes can be plugged in the upper center jacks. And the AC Adapter is plugged into the jack on the right side.

Disclaimer: The EM272B™ device does not claim to treat or correct any medical diseases, injuries or symptoms. The EM272B™ is considered a Wellness device by FDA guidelines.